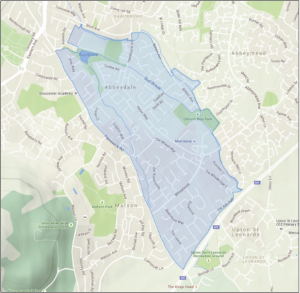 Abbey ward’s boundaries have now changed, with the ward splitting in two between the new Abbeydale and Abbeymead wards. The Abbeydale ward will include the Abbeydale community and the eastern side of Painswick Road and will be represented by two councillors. Your councillors are Andrew Gravells and Collette Finnegan, both elected on the 5th  May 2016.

By continuing to use the site, you agree to the use of cookies. more information